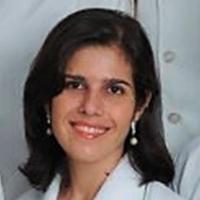 Canine visceral leishmaniasis: the role of tissue-specific immunity in the progression of disease

Visceral leishmaniasis (VL) is the most serious clinical form of leishmaniasis due to frequent complications and the risk of developing into death if left untreated. It is a zoonosis with high prevalence and wide distribution around the world. Dogs are considered the main reservoir of VL due to its close relationship with humans, and a valuable model for the understanding of the human disease, since the clinical presentation in both species show similarities. VL is a systemic disease that can affect various organs and manifests itself through nonspecific clinical signs. Liver and spleen are among the major organs affected in VL. Specific liver immunity has been described in several experimental studies in models using mice, in which the liver is described as the site of an acute infection resolution. On the other hand, the persistent infection in the spleen results in remarkable structural alterations, especially in the microarchitecture of the white pulp, which affects the immune response. While the pathology and immune response in experimental models is well established, the understanding of the immune response in canine VL is complex, because, in addition to the environmental and genetic factors of each animal, there is a lack of knowledge regarding the balance between factors promoting and regulating the inflammatory process. The individual pathogen-host interaction depends on differential molecular interactions in a way that disease progression can result from failure to control individual infection foci, despite successful control of others. For this reason, comprehend tissue-specific immunity and host-pathogen interactions in canine VL is a key point to better understand the disease progression and develop improved disease diagnostics, therapeutics, and prophylactics.

I graduated as a veterinary surgeon in 2011, from Universidade Federal da Bahia - Brazil, and have been working with veterinary pathology and visceral leishmaniasis since graduation. I worked with splenic white pulp disruption and its effects on the severity of visceral leishmaniasis during my MSc in pathology obtained from FIOCRUZ in 2013. As a doctoral researcher, I studied the histological changes observed in the liver of dogs with visceral leishmaniasis and the clinical correlations of these changes. I also focused on the granulomatous response in the liver, and its role in parasite control and clinical status.

Now, as a post-doctoral researcher, my interest is to further understand the granulomatous response in dogs and other species, such as non-human primates, to provide background information increasing understanding of the human disease. I will also evaluate tools that can be used to modulate the immune response to control parasite growth and help the immune system to control the infection, improving the clinical status of naturally infected dogs.

I am now involved in a VALIDATE-funded project that aims to evaluate the effects of BCG vaccination administration on the clinical presentation and parasite load of naturally infected dogs from an area endemic for visceral leishmaniasis. Our main goal is to find possible immunotherapy tools that can be used in the treatment of canine visceral leishmaniasis in order to improve the response ot the infection.