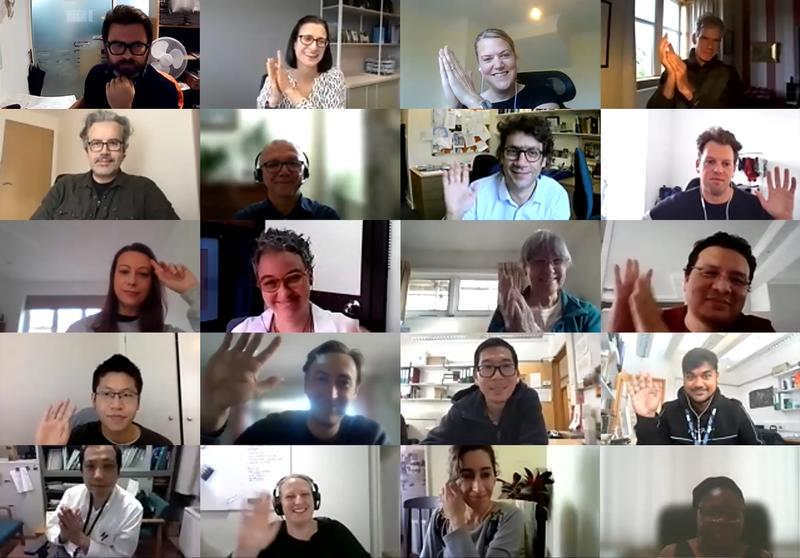 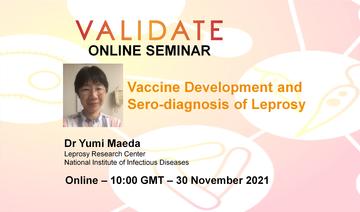 Leprosy is a neglected disease, but research is essential as the elimination of leprosy bacilli from host cells presents a significant challenge. This may be due to the quiescent nature of Mycobacterium leprae. Infection of host cells induces differential responses in humans, based on which the disease shows a spectrum of disease manifestation, from lepromatous on one pole to tuberculoid form on the opposite pole.

The advent of multidrug therapy (MDT) has revolutionized the control of leprosy, but elimination can only be achieved with a vaccine.

BCG is the most studied vaccine and holds promise. Several studies indicate that BCG confers some protection against leprosy. In this talk Dr Yumi Maeda, of the Leprosy Research Center National Tokyo Institute of Infectious Diseases, Japan, will discuss how her team has constructed a recombinant BCG that secretes Major Membrane Protein-II of M. leprae, and found that it was effective in inhibiting the growth of M. leprae in mice footpads. Studies are underway to produce BCG that is stable and can be used for large scale preparation.

Detection of leprosy is also necessary for early treatment. From the analysis of the genomic sequence, specific genes coding for antigens of leprosy were selected for evaluating the antibodies in the sera of patients, and user-friendly tools are also being developed.

You can register online.

Find more training and events opportunities on our Training and Events pages.

There are many more relevant career opportunities on our jobs page.

Publications:
Check out our Publications Page for members' publications and email VALIDATE@ndm.ox.ac.uk if you have a paper you would like us to include.

The WHO released their annual update on the update on the TB pandemic, GlobalTB Caucus were live-tweeting their conference,  and EDCT were promoting their annual forum. The Union shared an article about how TB spreads simply through breathing (article in French) and WriteThatPhD has some advice for developing a theoretical framework and evaluating qualitative research. Nature Careers published a series on research mentoring including articles on helping develop mentees independence, how COVID has changes mentoring, the many mentoring types and the difference between mentoring, coaching, supervising. The Indian Council of Medical Research celebrated recruiting 12,000 participants for phase three vaccine trials for the IMMUVAC and VPM1002. Stay up to date with all the relevant news and opportunities by following @NetworkVALIDATE on Twitter.