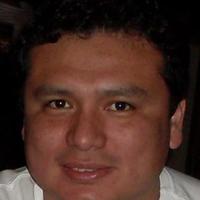 Leishmaniasis is caused by protozoa of the genera Leishmania. Leishmania modulates several mechanisms within the host in its favour including the expression of microRNAs (miRNAs). Their expression profile may differ depending on the Leishmania species thus miRNA expression in THP-1 human macrophages infected with Leishmania (Viannia) braziliensis that causes tegumentary disease or Leishmania (Leishmania) infantum that causes visceral disease when evaluated. Further miRNAs present in plasma from patients with tegumentary leishmaniasis caused by L. (V.) braziliensis were evaluated. cDNAs synthesized from total RNA both from in vitro L. (V.) braziliensis- or L. (L.) infantum-infected THP-1 cells incubated for 6h or 24h and from patients’ plasma were evaluated for inflammatory response specific-miRNAs through qPCR. Significant results were selected for computational target prediction. Significantly altered miRNA expressions were identified in both L. (V.) braziliensis and L. (L.) infantum infections. The former altered the expression of 20 miRNAs of which 6 were upregulated in 6h and 8 were upregulated in 24h. In L. (L.) infantum infection, 11 differentially expressed miRNAs were identified when compared with non-infected cells at 6 and 24 hours. In plasma from patients infected with Leishmania (V.) braziliensis significantly altered miRNAs expression was observed, 7 up-regulated and 6 down-regulated when compared with control patients from endemic areas; in plasma from patients infected with Leishmania (L.) infantum it was observed 32 miRNAs upregulated and 10 miRNAs downregulated when compared with control patients from endemic areas. Some miRNAs were similarly altered in in vitro infection and in patient plasma. The predicted targets of those significantly altered miRNAs included cytokine coding genes, TGF-beta pathway and MHC II proteins suggesting participation in evasion mechanisms. Validation of certain miRNAs altered in plasma from patients as biomarkers is in progress.

Eduardo Milton Ramos Sanchez is a Post-doctoral researcher presently working at the Institute of Tropical Medicine of Sao Paulo, USP, Brazil. He has a degree in Biology from Universidad Nacional Federico Villarreal in Peru (1996) and PhD degree from University of Sao Paulo USP at Department of Immunology (2010); and he had been post doc at the Department of Clinical Sciences University of Bergen UiB, Norway (2014). He has expertise in the field of Immunology, Biochemistry, proteomics, immunopathology and Molecular Biology including analysis of microRNAs. He has been involved in purification and production of recombinant antigens for the development of serological tests for leishmaniasis and Malaria and vaccines for Bovine mastitis. Besides work in research in the field of Leishmaniasis and Malaria, he collaborates in the development of vaccine candidates for Bovine Mastitis. He participates actively in projects in the field of immunopathogenesis of Leishmaniasis leaded by Prof Hiro Goto, mainly involving insulin-like growth factor-I (IGF-I) that has shown to be a good tool to explore arginine metabolic pathway in the Leishmania- macrophage interaction where his expertise in Biochemistry has been essential. Presently he is involved in the study of arginine metabolic pathway in different Leishmania species-infected macrophages since this different activation of this way is seemingly related to different responses upon diverse cytokine stimuli.