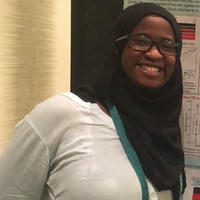 Introduction: Despite antiretroviral therapy (ART), risk of tuberculosis (TB) disease remains high in HIV co-infected persons, especially in TB endemic countries. Identification of individuals at highest risk of disease would allow targeted provision of preventive therapy before disease presentation. We recently reported a 16-gene transcriptomic signature, based on IFN stimulated genes, which could predict progression to active TB disease in HIVuninfected adolescents and in adults from two different African countries. We have reduced the signature to 11-genes to improve throughput of the PCR assay and determined if this 11gene signature could predict recurrent TB disease in HIV-infected persons on ART.

Methods: A nested case/control sub-study was designed from an observational cohort of recurrent TB in HIV-infected persons. Intensified case finding using induced sputum for microbiological diagnosis of recurrent TB was done during 3 years of follow-up. Nonprogressors (controls who remained disease-free, n = 86) were matched 2:1 to progressors (recurrent TB cases, n = 43). mRNA expression of the 11 gene signature was measured in PBMC by qRT-PCR.

Results: The signature predicted recurrent TB within 3 months of diagnosis (AUC,  0.72 (95% CI, 0.58-0.85), p=0.004), but not at time points more distal. Most participants were asymptomatic at time of diagnosis (58%), suggesting detection of subclinical TB disease. Signature scores were associated with HIV viral load but not CD4 counts and high viral load decreased the specificity of the signature for predicting recurrent TB.

Conclusions: The 11-gene signature could detect subclinical TB in HIV-infected persons on ART within 3 months of microbiological diagnosis. Signature performance was better in persons with effectively suppressed HIV load due to a lower number of false positives, highlighting the need for integration of HIV and TB care for effective clinical management of TB.

Fatoumatta completed her undergraduate studies at the University of The Gambia where she studied for a double major in Biology and Chemistry. Upon graduation, she joined the Medical Research Council The Gambia unit where she worked in various positions in the infant immunology lab from 2010 to 2014. During this time, she enrolled for a part-time MPhil at the Open University (UK) which she successfully completed within two years of enrolment. She later joined the South African Tuberculosis Vaccines initiatives as a PhD student in 2015. Her PhD focused on the use of transcriptomic signatures of TB risk in people living with HIV. She is now a postdoctoral researcher at the MRC unit The Gambia at LSHTM, where she is continuing her work on TB. Her main interests lie in biomarker development for TB disease and TB in people living with HIV.