In this project, a vaccination strategy is proposed to improve the protection against this diversity of M. tuberculosis strains. It comprises the administration of the vaccine candidate BCGΔBCG1419c, which has been shown to be effective in reducing progression of tuberculosis in experimental models, particularly by conferring protection against chronic disease. This strain produces more biofilms in vitro than BCG, a form of growth which is common among diverse lineages of M. tuberculosis strains. Intranasal adminstration of EsxG/EsxH-derived peptides is proposed to boost protection. EsxG and EsxH participate in the acquisition of iron and zinc, minerals essential for mycobacterial metabolism. EsxG and EsxH are highly conserved in clinical strains from different lineages. Peptides derived from the structure of EsxG/EsxH have shown to induce higher titers of IgG class antibodies with a direct lysing effect against mycobacteria and to confer protection against tuberculosis in mice. This system has the potential to produce immunity in a systemic and a local way, then providing a broader spectrum of protection against strains which represent the variety of mycobacteria present in Latin America. 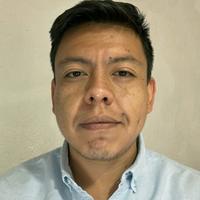