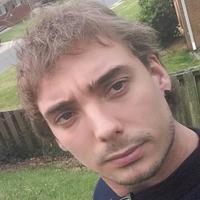 Elucidating the mechanisms of protection of the Burkholderia pseudomallei antigen, BpOmp

Burkholderia pseudomallei is a Gram-negative bacterium and the causative agent of melioidosis, a complex infection that is endemic across tropical areas, such as Southeast Asia and northern Australia. Recently it has also emerged in subtropical countries, including Brazil and Mexico. It is a highly antibiotic resistant, facultative intracellular pathogen that survives and replicates within macrophages. Diabetes is the major risk factor for severe disease and is a co-morbidity in 23 to 60% infected patients. The interferon-γ (IFN-γ) response dominates the host response to melioidosis. We previously showed that a single subunit antigen, BpOmpW affords mice long-lived protection against melioidosis when administered with the monophosphoryl lipid A based adjuvant, SAS (Casey et al., 2016). Here, we immunise a panel of HLA transgenic mice with highly purified, soluble recombinant BpOmpW to determine the immunodominant T cell epitopes using IFN-γ ELISPOT assay. HLA-class II transgenic mice responded to OmpW. We confirm that the BpOmpW antigen contains HLA-class II restricted epitopes that can stimulate the IFN-γ response necessary for pathogen clearance within 10 days of immunization. Intra-cellular cytokine analysis by flow cytometry is being carried out to investigate the nature of the T-cell responses elicited by BpOmpW and elucidate the source of the protective IFN-γ when administered with different adjuvants.

I defended my PhD thesis in October under the direction of Dr. Juan Anguita ́s at CICbioGUNE, Spain. During my thesis work, I have been involved in a European consortium and project (ANTIDotE) to develop anti-tick vaccines to prevent tick-borne diseases in Europe (Sprong et al., 2014). In addition, I have also been focused on deciphering how the use of the immunosuppressive tick salivary protein, Salp15 (15-kDa Salivary Protein), in an autoimmune disease like Graft versus Host Disease (GvHD) affects the cells of the immune system, specially focused on CD4 T cell responses and anergy (Tomás- Cortázar et al., 2017).

Currently, I am working as a postdoctoral researcher under the supervision of Dr. Siobhán McClean at University College Dublin. I am in charge of the part of a project funded by Welcome Trust agency to develop a vaccine against Melioidosis caused by the Gram-negative bacteria Burkholderia pseudomallei. Apart from the purification of new antigens identified by a new method (McClean et al. 2016) and the following characterization of their immunogenic level, my work is also focused on the characterization of the T cell response against these new and other antigens like BpOmpW (McClean et al. 2016).