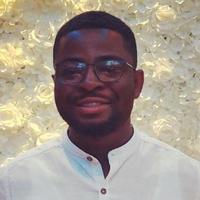 Buruli ulcer is a neglected necrotizing tropical skin disease caused by Mycobacterium ulcerans. The pathology is mediated by a potent toxin called mycolactone. There currently exists no vaccine against the disease. Both live and attenuated forms of Mycobacterium ulcerans are only partially protective. Likewise, sub-unit vaccines have achieved limited success. Mycolactone by virtue of its structure and toxicity is also thought to be non-immunogenic. We have demonstrated the ability of certain adjuvants to immobilize mycolactone for enhanced antigen presentation and to induce immune T cell recall responses, including IFNg secretion; thereby showing for the first time that mycolactone can be immunogenic and potentially protective. In combination with two protein antigens, KRA and Ag85A, the new vaccine candidate ‘BURULIVAC’ completely protected mice from foot swelling and ulceration. This vaccination approach against M. ulcerans has the potential to be translated into a Buruli ulcer vaccine in humans.

My name is Justice Kofi Boakye-Appiah. I am a medical doctor currently in the third year of my PhD studies in infection and Immunity at the St George’s University of London under the supervision of Dr Rajko Reljic. My research focuses on the development of a mycolactone based vaccine against buruli ulcer disease, a neglected necrotizing skin infection. Before coming to St George’s, I practiced as a doctor in internal medicine in Ghana West-Africa. Between 2014 and 2016, I served as a trial clinician on a WHO funded Buruli ulcer disease drug trial which aimed to substitute the previously recommended regimen of injectable antibiotics with oral ones. I also served as a temporary consultant to the WHO during the ebola crisis in Liberia in 2015. My task was to update the countries buruli ulcer disease and leprosy registers nationwide. Upon completion of my PhD studies, I hope to take up further specialization studies in clinical infectious diseases while pursuing my interest in lab and field based immuno-vaccinology.