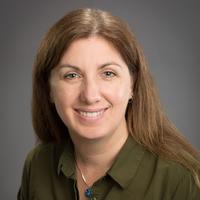 Burkholderia pseudomallei (Bp) is a facultative intracellular, Gram-negative bacterium that causes melioidosis in humans and animals. The major focus of our laboratory is to develop capsular polysaccharide (CPS)-based subunit vaccines to combat disease caused by this important pathogen. Recently, CPS expressing variants of Burkholderia thailandensis (Bt), a non-pathogenic, near neighbor species, have been shown to produce an antigen that is structurally similar to the CPS expressed by Bp. In the present study, we examined the ability of Bt E555 to optimize production and testing of CPS-CRM197 glycoconjugates. To faciliate these studies, allelic exchange mutagenesis was used to construct an O-polysaccharide (OPS) deficient derivative of E555, designated BT2683. Western immunoblotting was then used to confirm that BT2683 was devoid of OPS expression prior to isolation of CPS from this markerless deletion mutant. In a side by side comparison, we found that BT2683 yielded significantly more CPS per liter of culture than Bp RR2683 that is routinely used for this purpose in our laboratory. 1H-NMR analysis of BT2683 CPS demonstrated that in addition to being structurally identical to RR2683 CPS, it was also of higher purity. To confirm the antigenicity of BT2683 CPS, a variety of CPS-CRM197 conjugates were synthesized and their immunogenic potential was tested in C57BL/6 mice. Results of these studies showed that high titer IgG responses were raised against the CPS component of the glycoconjugates and that the immune serum samples were strongly opsonizing using a newly developed E555-based opsonophagocytosis assay. Collectively, these findings demonstrate that E555 will be a useful tool for optimizing and testing our subunit formulations as we progress towards Phase I human clinical trials.

Dr Burtnick is an Associate Professor in the Department of Microbiology and Immunology at the University of Nevada, Reno School of Medicine. Research in her laboratory is focused on identifying the molecular mechanisms used by Burkholderia pseudomallei and Burkholderia mallei to persist within eukaryotic cells. Specifically, she is interested in determining how the virulence-associated secretion systems expressed by these facultative intracellular pathogens facilitate their survival and replication within a variety of human and murine cell types. The main objective of her research is to use the information gained from host-pathogen interaction studies to identify antigens that can be used to develop novel vaccines, diagnostics and immune assays to combat the diseases caused by these important bacterial pathogens.