Tuberculosis (TB) causes a huge burden of disease in humans and animals. In 2017, there were 10 million new cases of human TB and 1.6 million people died. The global prevalence of bovine TB is estimated at 7.4% of livestock. The only licensed vaccine, Bacillus Calmette Guerin (BCG), provides variable protection against human and bovine TB, particularly in high TB-burden countries. The variability in BCG efficacy has been attributed to many factors including genetic factors, coinfections, geographical location and socioeconomic status. Developing a more effective vaccine requires a better understanding of the BCG-induced immune response in populations where BCG provides good protection as well as in those where BCG is less efficacious.

Natural Killer (NK) cells are immune cells that respond early to infections but are also now recognised to contribute to a more durable immune response. There is emerging evidence for a role of NK cells in the control of TB and in vaccine-induced protection.

Here we propose to evaluate the induction of NK cells after BCG vaccination. We will utilize pre-existing samples from BCG-vaccinated humans to define the kinetics of the NK cell response. We will use samples from the UK, and two TB endemic settings, South Africa and Uganda. Any differences, in responses to BCG, between these populations may contribute to differences in protective efficacy. We have previously shown that Cytomegalovirus (CMV)+ infants who developed TB had lower expression of NK cell-associated gene signatures. We will therefore define the CMV status in our studies and determine if CMV co-infection modulates the NK cell response. We will also evaluate NK cell responses in subjects vaccinated with inhaled BCG. Parallel experiments in samples from BCG-vaccinated cattle will allow comparison between species. Understanding immune responses to BCG vaccination in different populations and species facilitates developing new improved universal TB vaccine.

The study of vaccine induced cellular responses in cattle is important: bovine tuberculosis (bTB) caused by infection with Mycobacterium bovis is an important disease affecting large numbers of herds in the UK, and worldwide. A proportion of human cases of TB are caused by M. bovis, and the immunology and pathology of TB is similar in cattle when compared to humans. Cattle are well protected by BCG when it is administered in early life, similar to the protection observed in human populations. These parallels with humans make cross-species comparisons important, and may strengthen the utilisation of the bovine TB challenge model for vaccine studies.

In this study we have assessed changes in the number, proportion and phenotype of NK cells in the blood of BCG vaccinated calves. We have also stored material to enable comparison with mucosal responses to vaccination.

We have established protocols for multiparametric flow cytometry and used these to assess activation, memory, cytotoxicity and cytokine expression by NK cell subsets and how these are altered by BCG vaccination. Differences in NK cell subsets were evident The NK cell responses will be compared to ELISpot responses and additional NK-expressed molecules will be assessed using qRT-PCR to complete datasets for publication. 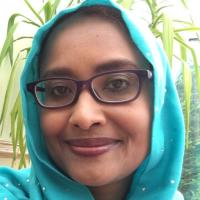 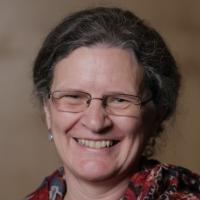