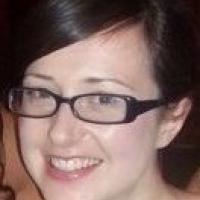 Dose finding for new vaccines: the role for immunostimulation/immunodynamic modelling

Introduction: Unlike drug dose optimisation, mathematical modelling has not been applied to vaccine dose finding. Recent evidence in TB vaccine development suggest this could lead to sub-optimal doses progressing through the vaccine pipeline. We applied a novel Immunostimulation/Immunodynamicmathematical modelling framework to translate multi-dose TB vaccine immune responses from mice, to predict most immunogenic dose in humans.

Results: The mathematical models were successfully calibrated to the animal and human data. Based on the changes in model parameters by mouse H56+IC31 dose and by varying the H56 dose allometric scaling factor between mouse and humans, we established that, at a late time point (224 days) doses of 0.8-8 ug H56+IC31 in humans may be the most immunogenic. A 0.8-8μg of H-series TB vaccines in humans, may be as, or more, immunogenic, as larger doses.

Conclusion: H-series vaccine doses used in clinical trials may be too high. Giving lower doses than previously tested is likely to increase immune response, and possibly protection in humans. We are now applying similar methods to Adenoviral vaccines. The Immunostimulation/Immunodynamic mathematical modelling framework is a novel, and potentially revolutionary tool, to predict most immunogenic vaccine doses, and accelerate vaccine development.

Sophie has a background in mathematics and a masters in Epidemiology, where she directed her experience of mathematical modelling towards disease transmission dynamics and Bayesian parameter inference techniques for stochastic epidemic models. She has just completed her PhD at the London School of Hygiene and Tropical Medicine. The overall purpose of her PhD was to develop a mathematical modelling framework to translate TB vaccine response between species and predict the most immunogenic dose in humans using animal data.