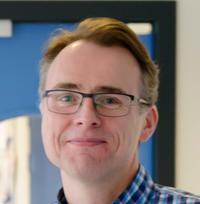 Keynote Speech: One Health route to exploring virulence in the Mycobacterium tuberculosis complex

Human tuberculosis is mainly caused by Mycobacterium tuberculosis, the single deadliest human pathogen globally. Bovine tuberculosis, caused by Mycobacterium bovis, is a threat to animal health and welfare as well as to humans through zoonotic infection.  A key feature of both the human and bovine pathogens is their high degree of genetic identity, yet distinct host tropism. Our research focusses on these bacterial pathogens and seeks to define the molecular basis of pathogen evolution and host tropism. This presentation will describe work comparing M. tuberculosis and M. bovis at multiple levels. These will include studies showing that while M. bovis is virulent and pathogenic in a bovine experimental infection model, M. tuberculosis is attenuated in the same model, speaking to the unique host-adaptation of these strains. Also, in-depth transcriptional and proteomic profiling of M. bovis and M. tuberculosis strains shows how genomic differences are translated to quantitative changes in pathogen gene expression. Finally, the use of a macrophage infection model and transcriptomic analysis has been used to explore how pathogen-level differences impact on the cellular response to infection.

Stephen Gordon obtained his BSc from NUI Galway, Ireland, and PhD from the University of Leicester, UK. He pursed postdoctoral research at the Institute Pasteur, Paris as a Wellcome Trust Fellow. He was a team leader in the TB Research Group, Veterinary Laboratories Agency, Weybridge (UK) from 1999-2007, and took up his current position in University College Dublin in 2008. His research focuses on understanding the molecular basis for virulence in mycobacterial pathogens and is funded by Science Foundation Ireland, the Dept. of Agriculture Food and Marine, Wellcome Trust, BBSRC and EU H2020.