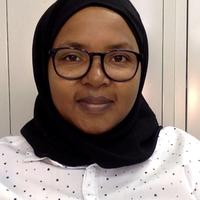 Background: Tuberculosis (TB) is a global public health concern caused by Mycobacterium tuberculosis (Mtb). The EMI-TB consortium (www.emitb.org) has developed a novel TB-vaccinecandidate, Spore-FP1 that has been shown to boost the immune response to BCG in mice, guinea pigs and non-human primates. The objective of the present study was to evaluate the production of interferon-gamma(IFN-γ) and polifunctionality of Tcells in a cohort of TB contacts with latent-infection upon stimulation with Spore-FP1.

Methods: Sixty-seven contacts were tested for IFN-γ using the Quantiferon-TB-Plus Gold test. Those reactive to IFN-γ-(QFT+, N=35), were included in the cohort to be followed for 24 months. During the study period, peripheral blood mononuclear cells-(PBMC) were collected each six months. The PBMC of the contacts either exposed but negative or positive, were evaluated in vitro for the production of IFN-γ, IL-2, TNF-α, IL-17A production upon stimulation with 10µg/mL of Spore-FP1, Ag85B, ESAT-6 and PHA. The number of secreting-cells was accessed with an ELIspot-assay. The type, phenotype and the frequency of Tcells secreting-cytokines (Th1, CTL and Tregs) by flow cytometry. The spots were counted using the CTL-analyser and the phenotype of secreting-cells was analysed with Flowjo-software. A Mann-Witney-U test was applied and statistical significant result were reported when p≤0.05.

Results: After a 1,5 years of follow-up, 3 of 35 of the QFT+ subjects developed active-TB. The Spore-FP1-induced IFN-γ production in PBMC, although significant, was lower than that induced by individual Mtb antigens.The Spore-FP1-stimulated TCD4, TCD8 and Tregs cells of QFT+ subjects have higher frequencies of IFN-γ, IL-2, TNF-α, IL-17A secreting-cell when compared to un-stimulated cells. Statistical significant differences were observed in later time after exposure.

Conclusion: The Spore-FP1 vaccine candidate is potentially immunogenic in human Tcells. Despite the lower levels of IFN-γ producing-cells to Spore-FP1, additional studies should be conducted to decipher this response and the mechanisms involved.

The two main subjects that I am interested in are immunology and infectious diseases. After the conclusion of the Doctorate studies, I am more focused on respiratory pathogens such as Tuberculosis, influenza and Respiratory Syncytial Virus. All are vaccine preventable diseases, however, the TB incidence and prevalence in Mozambique are higher and no vaccines for RSV and Influenza are available in the public sector.

Children had been the target of some of my research mostly because respiratory infection although are the leading cause of death in younger than 5 years, in low middle income countries, such as Mozambique they are somehow neglected.

In 2014 I was invited to be part of the EMI-TB project, funded by European commission within the Horizon 2020, and to lead the Work package 6. This project allowed me to collaborate with 13 institutes (research, academia and SME) and somehow be trained in new approaches for tuberculosis vaccine development, new delivery systems and also new knowledge on the immune response against tuberculosis. This project was developed in collaboration with the National Institute of Health (INS).

Besides research, I am a lecturer of immunology and microbiology at the Faculty of Medicine. I do mentor post graduate students which are working for example in group B Streptococcus resistance in pregnant women in Maputo, interferon gamma response to a Mycobacterium tuberculosis vaccine candidate (within the EMI-TB study), the risk factors for severe respiratory disease in children with RSV and the risk score evaluation of Mtb exposed subjects, neonatal sepsis and adverse events to blood transfusion in inpatients at Maputo Central Hospital. The VALIDATE Network is a great platform to meet all of you and (re) build research collaborations.