A better vaccine is urgently required for tuberculosis (TB), and there is no vaccine at all for the neglected tropical disease melioidosis. Both diseases are caused by bacteria that live inside cells, and there are shared defence mechanisms. People with diabetes are at increased risk of getting ill with TB (three-fold increased risk) and are twelve time more likely to develop melioidosis than non-diabetics. We therefore need to understand why people with diabetes get ill with these bacteria, and how diabetes prevents the body from clearing the infection.

We will combine expertise at the London School of Hygiene and Tropical Medicine, Mahidol- Oxford Tropical Medicine Unit in Bangkok and the University of Oxford, to study the pattern of human immune response to TB and melioidosis in people with and without diabetes. To do this, we will use “transcriptomics” - the big-scale study of the gene readouts from the body’s DNA (“transcripts”) which are instruction messages for protein manufacture carried as ribonucleic acid (RNA). By measuring the pattern of RNA in a person’s blood, we can compare which immune pathways are active in different groups of people. We will identify differences in the pattern of responses in TB patients with and without diabetes, see how they relate to cure from TB, and then compare the results with responses in melioidosis patients with and without diabetes.

Diabetes mellitus (DM) currently affects over 425 million people worldwide, of which almost 80% live in low- and middle-income countries (LMICs). The majority of people with diabetes in LMICs are thought to have Type 2 diabetes. Diabetes increases susceptibility to many global infections including Escherichia coli, Staphylococcus aureus and dengue, but the most established susceptibility relationships are for melioidosis and tuberculosis (TB).

Melioidosis is a deadly infectious disease caused by the Gram-negative bacterium, Burkholderia pseudomallei (BP). The current estimation of melioidosis cases is 165,000 cases worldwide with 89,000 deaths. Mortality in severe melioidosis cases presenting with sepsis can reach 50% in Thailand. Diabetes is a major risk factor for melioidosis with a 12-fold increased susceptibility to the infection. Tuberculosis (TB) is a major global killer. In 2018, an estimated 10 million people were infected with Mycobacterium tuberculosis and over a million people died from TB. Moreover, DM confers a 3-fold increased susceptibility to TB. Tuberculosis and melioidosis share many key features including an overlap of clinical manifestations, immunopathology, and host immune responses. A previous study in Thailand demonstrated that transcriptomic profiles between tuberculosis and melioidosis were indistinguishable. Host-immune responses to the infections are dysregulated in people with diabetes including killing mechanisms, cell-cell communication, and migration. However, mechanisms involved in the increased susceptibility in DM to intracellular pathogens are to be elucidated.

In this project we used RNA sequencing to study transcriptomics in melioidosis and tuberculosis patients in order to characterise the difference in host response to infection for those with and without DM. Differential gene expression analysis between melioidosis patients with (n = 49) and without DM (n = 32) identified two genes CD163L1 (scavenger-receptor cytokine-rich protein) and FAM1932 (a member of the CC chemokine family) were differentially expressed with a false discovery rate < 0.05. However, gene set enrichment analysis using hallmark gene sets showed distinctive profiles in several comparisons. A comparison between melioidosis cases with and without DM showed a number of enriched gene sets dominated by immune, proliferation, and signalling in the DM group only. A comparison between survivors (n = 44) and non-survivors (n = 36) showed dominance in non-survivors of enriched gene sets in immune modules, especially IFN-a and IFN-g response, and inflammatory response. Similarly, “pro-inflammatory-like pathways” were enriched in non-survivors either with or without DM. In contrast, development, proliferation, and signalling gene sets were enriched in the survivor groups.

Our first transcriptomic data confirms previous findings that excessive pro-inflammatory immune responses in acute melioidosis are associate with poor clinical outcomes. Further analysis including endemic control cohorts and comparison with a tuberculosis cohort is underway to identify common pathways between the two diseases with DM. 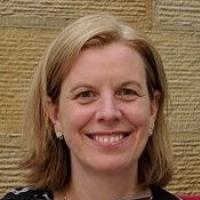 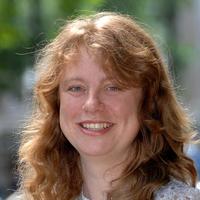