A huge thank you to all our members who contacted their Country Leaders and publicised the first ever UN General Assembly High Level Meeting on TB. The meeting was held on 26th September; we all hope that this will be a watershed moment in the fight against TB.

You can read more about this campaign below.

The WHO/UN are holding the first ever UN General Assembly (UNGA) High Level Meeting on tuberculosis (TB) in September and we need your help to ensure we maximise its impact. With 130 members worldwide, we can make a difference!

The UNGA meeting follows on from a successful Ministerial Conference on Ending TB in Moscow in November 2017, which resulted in high-level commitments from 120 country leaders to accelerate progress to end TB. We need the UNGA to be taken seriously, and to lead to crucial outputs in the fight to end TB.

TB causes more deaths worldwide than any other infectious disease, including malaria, HIV, Ebola and Zika. 1.7 million people die every year from TB – that’s more than 4500 people every day. UN Sustainable Development Goal #3 aims to end the TB epidemic, with a global target to eradicate TB by 2030 – currently we are not on track to meet this target.

The theme of the UNGA meeting is “United to end tuberculosis: an urgent global response to a global epidemic” – so, at VALIDATE, let’s unite to push our governments to prioritise this meeting.

How you can help

We want you all to approach your local Member of Parliament (or equivalent) to ask them to encourage your Country’s leader (e.g. in the UK, Prime Minister Theresa May) to attend the UNGA themselves in person, demonstrating that TB is a priority for their country and government.

You can write and/or meet with your local governmental representative, and we’ve put together some help for you to do this quickly and easily:

Please share this campaign with friends and colleagues to multiply the effect - and use #VALIDATEengagement on social media (you can use this hashtag to publicise any outreach or public engagement you're doing at any time - let us know what you're up to!).

Let us know about any action you take - together we can make a difference!

2 Aug 2018 - Bill Gates has confirmed he will attend the UNGA; we hope this will encourage country leaders around the world to also attend and prioritise TB.

19 July 2018 - VALIDATE Director, Prof Helen McShane, and Network Manager, Samantha Vermaak, meet with Nick Herbert MP to discuss TB at University of Oxford and VALIDATE, and the upcoming UNGA meeting. Nick confirmed that the government still needs pressure put on them to confirm high level government attendance at the UNGA and that VALIDATE members can help by writing to their local MP.

19 July 2018 - Alistair Burt MP (Minister of State) replies to Layla Moran MP thanking her for raising the issue of TB and recognising the desire to have the highest possible representation at the UNGA High Level Meeting in September: "the government will ensure senior level attendance at the meeting". However  he continues "I am sure you will appreciate that due to the range of topics addressed at UNGA, Ministerial attendance at specific events is not confirmed until nearer the event"... so we need to put pressure on our MPs to ensure the TB meeting is prioritised, and we have limited time within which to do so.

7 Jul 2018 - Mr Cyril Ramaphosa, President of South Africa, and Mr Paul Kagame, President of Rwanda, commit to attending the UNGA High Level Meeting (HLM) on TB at the 31st African Union Heads of State Summit. President Kagame hosted a meeting of nearly 20 Heads of State to discuss the Common Africa Position on the HLM. In August 2016, Ministers of Health from the Africa Region were the first regional group to call for a UN High-Level Meeting on TB.

We hope that this commitment will encourage other Heads of State to prioritise TB and join the UNGA HLM.

25 May 2018 - VALIDATE Co-Directors, Prof Helen McShane and Dr Helen Fletcher, meet with their local MP, Layla Moran, to discuss the importance of the upcoming UNGA meeting and why TB should be a UK government priority. Layla subsequently writes to the UK Secretary of State for International Development (Penny Mordaunt MP) about the accelerated need to confront the TB epidemic and the importance of high level attendance by the UK at the UNGA meeting.

10 May 2018 - our campaign is circulated to the Acid Fast Club to encourage their members to join us and contact their local MPs as well.

In the UK you can see if your MP is interested in TB or international development at www.theyworkforyou.com/ (if they are, you could tailor your letter to include this)

BSI guidance document on engaging and influencing your MP 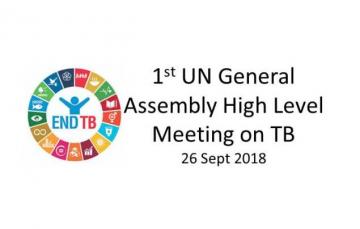 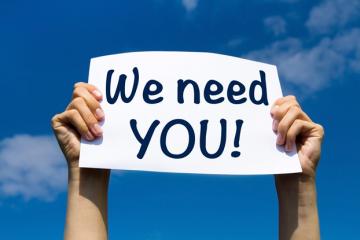